Many Supporters Participate in DVAM 2013

On October 4, TWC’s Engaging Men and Boys program hosted an evening of traditional dancing at Gladys Jung Elementary School. Groups from Bethel, Napaskiak, and Kasigluk performed in the yuraq.

On October 5, TWC was back at Gladys Jung for a fiddle dance. The cakewalk featured some incredible cakes, including this one, below, with TWC’s logo on it. The Bethel Band performed in front of a large crowd, and Executive Director Michelle DeWitt was honored for her 16 years of service at TWC. 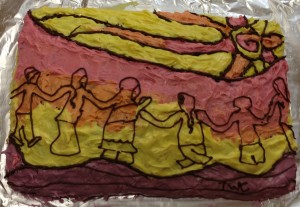 On October 8, Michelle DeWitt was a member of a discussion panel hosted by the Alaska World Affairs Conference at Bear Tooth in Anchorage following a screening of the documentary, Not My Life. Michelle has been a member of the State of Alaska Task Force on the Crimes of Human Trafficking, Promoting Prostitution, and Sex Trafficking. The other members of the panel were Executive Director of the Alaska Institute for Justice Robin Bronen, FBI Special Agent Jolene Goeden, and First Lady of Alaska, Sandy Parnell.

On October 9, TWC staff, board members,  TAAVers, members of the Sexual Assault Response Team, and other supporters, including Miss Weio 2013, Megan Leary, marched through downtown Bethel from Yupiit Piciryarait Cultural Center to TWC to raise awareness about the impact of domestic violence on individuals, families, and communities in Bethel and across the Yukon-Kuskokwim Delta. 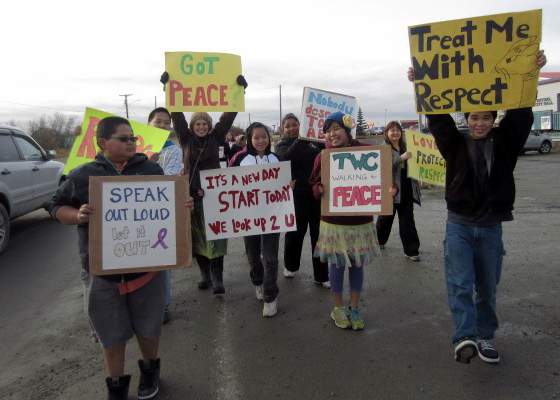 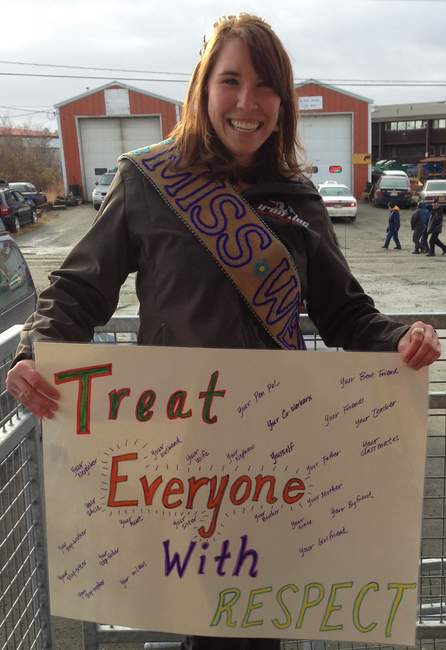 On October 24, members of the community gathered for the annual Candle Light Ceremony  to honor victims and witnesses of domestic violence.