Members of the Bethel community marched in solidarity with Alaskans across the state on Thursday, March 27 as part of Governor Parnell’s Choose Respect initiative.

The event began at TWC where TWC employees Jamie Heinz and Susan Taylor welcomed the large crowd. TWC elder Mary Beaver spoke about how animals are role models for people in the way that they care for their young.  Rose Dominic offered words of encouragement about how everyone has a part in preventing domestic violence and sexual assault. General Mike Bridges of the Alaska National Guard was Governor Parnell’s representative in Bethel for the occasion. The walk ended with a potluck hosted by KUC. 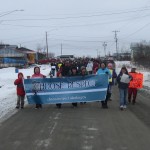 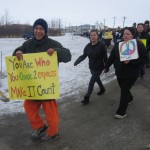 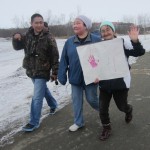 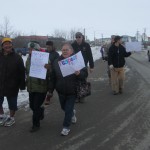 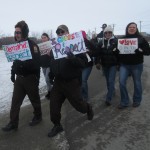 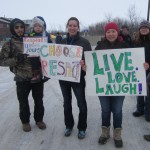 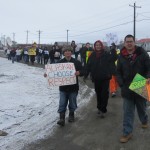 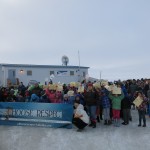